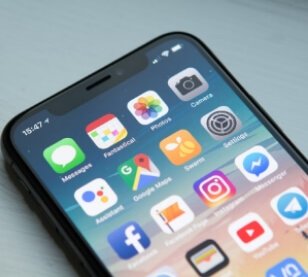 The concept behind Jamfast is to enable the workforce to make any recipe in under 2 minutes regardless of their experience. It’s all about making your kitchen work smarter rather than making a man work harder. The project focuses on the process that is transforming how quick-service restaurants with client-facing kitchens lower the impact of employee turnover, improve the accuracy of orders and increase the speed of service. Users can see real-time line performance on any mobile device and manage system-wide recipe changes from anywhere.

Although the kitchen was smarter earlier, it was based on old technology. The code was earlier written in the Delphi language. It requires big screens and costly scanners. The hardware and the setup were costly (around $15000).

The company proposed to develop the same code in Oracle APEX language. A suggestion was given to use Apple products. This reduced the total cost to $4000, which made a significant difference.

We also proposed to the client to make it a SaaS-based project in which the admin will handle the stores.

Before Jamfast, users had to face the limitations of working memory which leads to stress, human error, job dissatisfaction, and turnover. But after Jamfast, the user can just scan the blender jar at each station, the ingredients appear to make and memorize any recipe regardless of experience.

In the initial days of the project, we were given a timeline of 3 months to develop and test the project (basic setup).

The manual lab was set up using a Mac mini, Data matrix code scanners, and ipads.

The timelines were met by including more developers and putting in the extra effort.

To overcome the Toast (POS) dependency, Python language was integrated with Oracle APEX. We have connected our database from their store POS through a ticket parser.

Agile methodology was used to complete the tasks on time. One-week sprints were prepared and the demo of the development done during that sprint was given to the client by recording videos.

Process of the developed project:

ingredients so anyone can make and memorize any recipe faster, without any experience.

We were able to deliver the project on time in the month of January. Initially, the system was set up in one store of Jamba juices. Currently, it is working successfully in 3 stores of Jamba juices.